I have just complete two carvings in Italian Slate for the two lodges of the R.A.O.B. which, for anyone that doesn't know is short for the Royal Antediluvian Order of Buffaloes (link to Wiki for the curious). And for the really curious there is a view of the Grand Lodge of England, brilliantly ostentatious fire place in a picture of the interior, and their website is here, lots of guys in regalia.

The first carving was for the Queen of the West Lodge, and is fairly straight forward in a geometric way, with an intertwining of the initials. 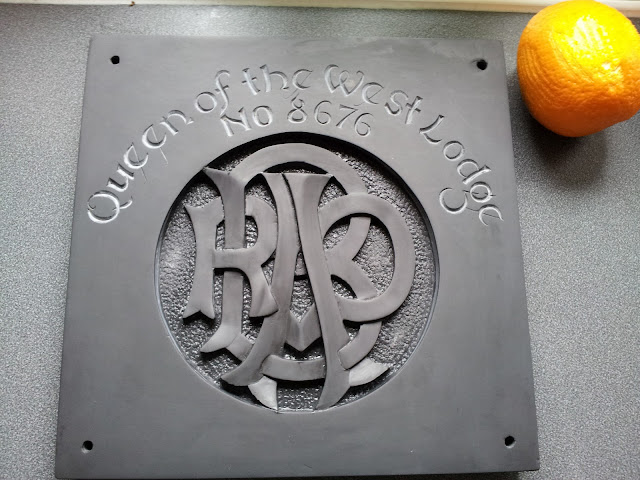 ignore the orange, I was zesting some Portuguese tarts 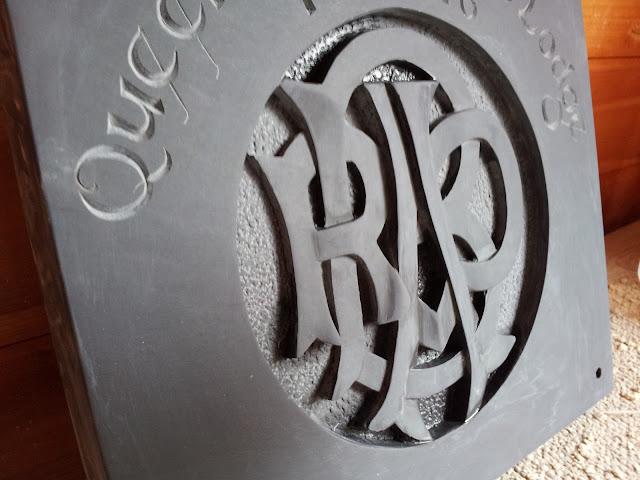 Slate is very tough and tends to laminate if not treated with care and there were a few hairy moments getting in all the tight spaces, but it polishes up really well and is a lovely material and great for fine details. A coating of linseed oil makes the finish.

The second plaque was for the Prior Park Lodge who wanted something more elaborate, and also something less strict in structure. The picture below shows the project in various stages, which is a representation of a buffalo. I was limited to only 10mm of stone, and spent a week playing with plasticine, (invented in Bathhampton) before reaching anything that vaguely looked acceptable. I quite like it but I think the Buffs may think it lacks fierceness, the jury is still out on this one. 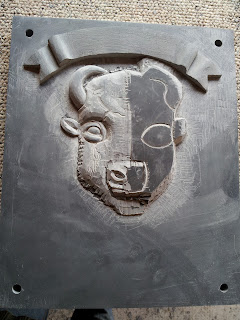 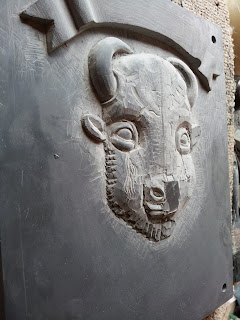 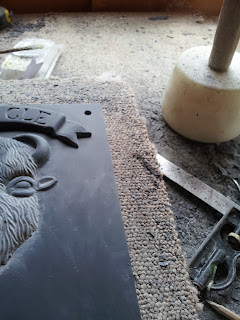 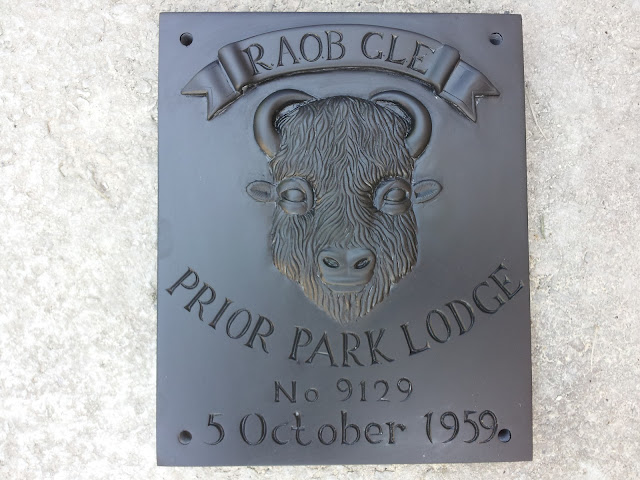 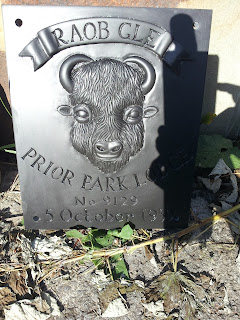 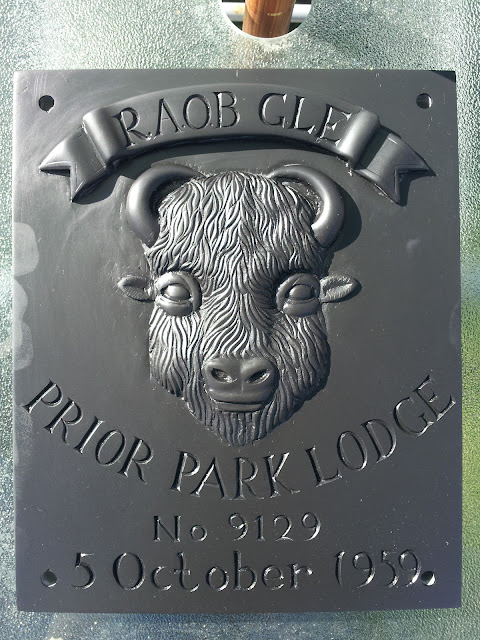